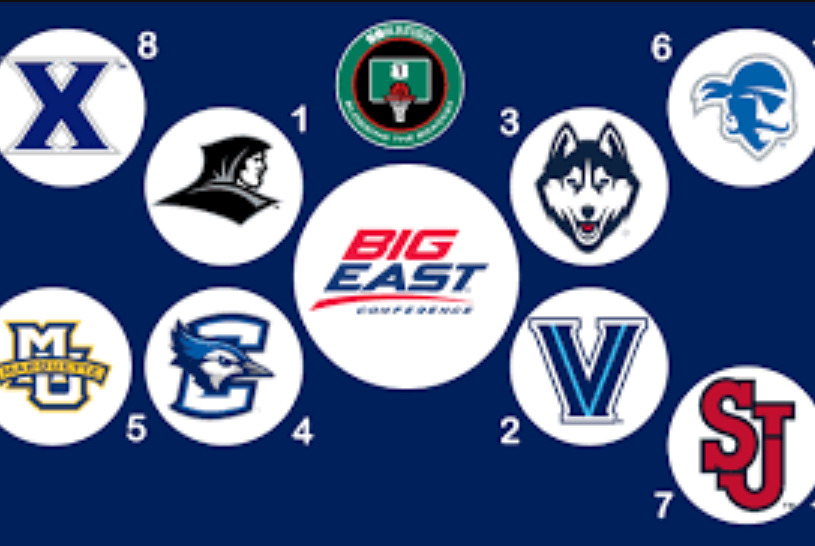 Big East Tournament 2022 could be as exciting as past tournaments held at Madison Square Garden. Game for the Big East Conference with a packed house, the World’s Most Famous Arena may feel as alive as it did when the Connecticut Huskies first began playing in the Big East. Crowd control measures remained in place even when UConn rejoined the Big East in 2021.

When UConn was still a member of the original Big East, it won seven tournament titles, but Villanova’s Wildcats dominated after leaving. Both teams are favourites to make it to the finals, with Villanova having won four consecutive Big East tournament titles since 2015. Regular season champions Providence Friars sit on the other side of the bracket.

The Huskies’ recent six-game win streak included a home victory over Villanova in the regular season. Dan Hurley’s squad has been playing well as of late, and their home win on February 22 should give them plenty of confidence heading into the semifinals. Despite UConn’s long history of Big East tournament victories, none of its current players has ever witnessed a sold-out Madison Square Garden when the Garden is packed with Huskies fans.

Throughout the season, Providence received criticism for their lack of Big East dominance. Seven of the Friars’ past eight wins were by a score of seven points or less. In addition, three of the Providence games went into extra time. It was the best in the country at navigating tight games, but it could have trouble in New York. By the time they tread the floor on Thursday, Providence will have gone nine days without a game, the most extended break in the Big East.

Even though the Friars won the regular season title, they are only the third favourite to win the national championship behind Villanova and UConn. They have a long way to go before cutting down the nets at Madison Square Garden. There should be a sizable cheering section for the Huskies. On March 9, the first round will be played, followed by the quarterfinals on March 10, the semis on March 11, and the finals on March 12 (championship).

Although Providence and Villanova appear to be in a two-horse race for the Big East conference tournament, unexpected results are often in this tournament. Teams like UConn, Marquette, Seton Hall, and Creighton have proven they can cause havoc in this bracket section. The fate of the Big East’s bids in the NCAA Tournament rests on the results of this tournament. The Blue Demons are the only current Big East member without a league tournament title, although Butler, Creighton, DePaul, and Marquette.

The tournament will feature all 11 Big East institutions. If a tie in the conference record, the teams will be separated into different brackets according to the processes for breaking ties. Five of the best teams will get a bye into the second round. After the regular conference season, the teams will be seeded accordingly for the postseason tournament. For the Big East to get four spots in 2021, Georgetown would have had to win the game on the road.

Mohegan Sun Arena in Uncasville, Connecticut, will host the BIG EAST Women’s Basketball Tournament presented by Jeep. Mohegan Sun has a three-year deal with the BIG EAST that involves hosting the conference tournament in 2021, 2022, and 2023. See here for a full schedule of games and their respective broadcast channels.

The 2022 BIG EAST Women’s Basketball Tournament presented by JEEP will begin selling all-session ticket booklets on Sunday, December 19, at noon ET. The conference tournament is scheduled for March 4-7 at Mohegan Sun Arena in Uncasville, Connecticut, and these booklets will grant admission to all ten games. Tickets go on sale the day before the top-10 matchup between No. 7 Connecticut and No. 6 Louisville, which will be broadcast live on ESPN at 3:30 p.m. ET from Mohegan Sun Arena.

Changes have been made to the attendance policy for the 2022 BIG EAST Women’s Basketball Tournament presented by JEEP at Mohegan Sun Arena. Fans will no longer be needed to provide proof of COVID vaccination or a negative test to enter the arena due to the local and national improvements surrounding the COVID-19 pandemic. Furthermore, facial coverings are encouraged but not obligatory. There is no better place to see a show than the Mohegan Sun Arena. Mohegan Sun Arena is a 10,000-seat venue in southeastern.

The Big East Conference Tournament, sponsored by Jeep, will be held in Madison Square Garden from March 9-12 for the 40th consecutive year, making it the longest-running conference tournament in college basketball. Click here to see the entire bracket. Due to a policy change, New York City no longer mandates that attendees provide proof of COVID-19 immunisation or wear masks. There may be last-minute adjustments to regulations, venue procedures, or event specifications. Please revisit this page for any updates or confirmations on your upcoming event.

After beating Creighton on Saturday to clinch its first Big East Tournament 2022t regular-season title, Providence will be the top seed in the conference tournament (2022). Even said, the Friars aren’t precisely an underdog in this competition. Therefore The NCAA Tournament field now includes Marquette, Seton Hall, UConn, and Villanova. Having beaten the Friars twice during the regular season, the Wildcats might be a dangerous opponent. As a bonus, a miraculous comeback like Cinderella’s is not impossible.

Who Plays In The Big East Tournament 2022?

Although Providence and Villanova appear to be in a two-horse race for the Big East conference tournament, unexpected results are often in this tournament. UConn.

How Can I Watch The Big East Women’s Basketball Tournament In 2022?

Game broadcasts can be seen on FloSports, the BIG EAST digital network, FS1, and FS2. Westwood One Radio will also carry the broadcasts of some games.

How Much Are Tickets To The Big East Tournament?