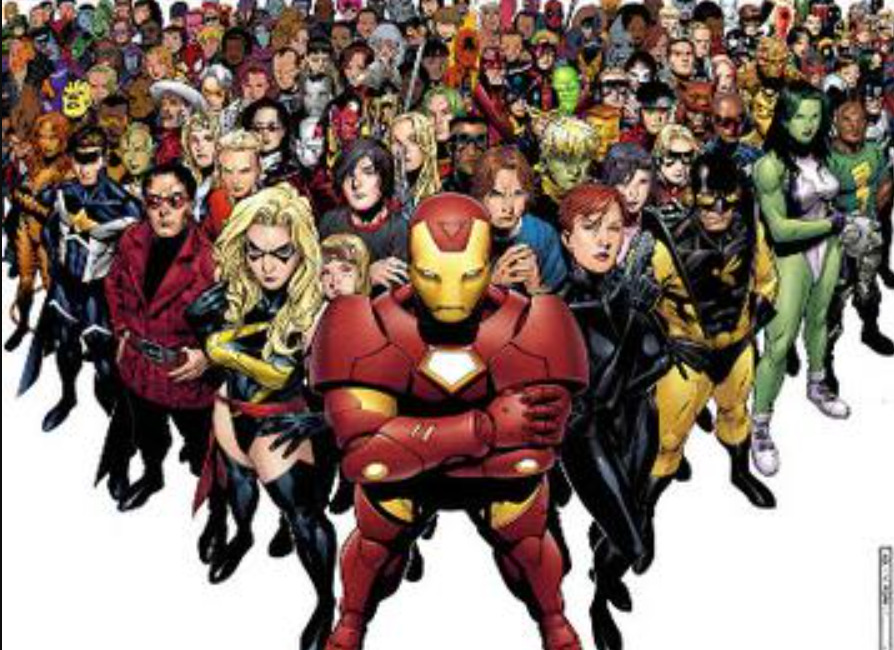 Taskmaster (comics) will be Black Widow’s main nemesis. Before his entrance into the Marvel Cinematic Universe, comic book readers knew a great deal about the character. The absence of some significant studios from Hall H at this year’s San Diego Comic-Con was mitigated by Marvel’s reveal of its highly anticipated Phase 4 lineup. The attendees were treated to a screening of Black Widow movie footage in addition to the hundreds of other movie and TV announcements. Comic book fans have been waiting long to see Taskmaster, a popular Marvel villain, in the MCU, and the teaser offered them a brief glimpse of him. More information on the taskmaster (comics) will be provided in the article.

Who is taskmaster (comics)?

The Taskmaster has gone from being a generic lousy guy to one of the most intriguing characters in all of Marvel Comics since his debut in Avengers #195 back in 1980. Since the introduction of the Taskmaster, this has changed. Taskmaster has always been a complicated character, even for the most devoted comic book readers, due to his ambiguous origins, unique abilities, and a mixed record of heroism and villainy. For fans, Black Widow was their first live-action introduction to the character, signifying a substantial shift from her comic book roots.

Taskmaster has “photographic reflexes” that allow him to memorize and reproduce any bodily motions he has seen performed, no matter how complex they are or how little time he has had to observe them. Given that he had demonstrated this skill in his debut appearance, we can presume that this is his primary extraordinary ability. Taskmaster’s ability to observe and memorize details goes far beyond what he can see with his own eyes; he can even do this with video recordings.

His abilities cause amnesia:

Taskmaster’s unique abilities are both an asset and a liability; on the one hand, they’ve allowed him to amass an extensive and easily-recallable arsenal of fighting methods culled from a wide range of Marvel heroes and villains. Still, on the other, they can be utilized to his detriment. As he gained knowledge, his memories were obliterated. Taskmaster loses a bit of his history with each new fighting technique he documents. He’s lost his real name, birthplace, family history, and most of his life before becoming a costumed mercenary.

Even while Taskmaster’s antagonistic history was shrouded in obscurity for the first 30 years after his debut, his self-titled miniseries from 2010 eventually shed some light on the matter. Tony Masters worked for SHIELD for a while before becoming known as Taskmaster. His eidetic recall and capacity to replicate bodily actions led to his recruitment. Tony Masters will become taskmaster (comics) after some time. Tony’s talent was still developing; therefore, he had to watch others learn their techniques.

He’s Both a Hero and a Villain:

Since he began his career as a mercenary, Taskmaster has rarely been driven by anything other than money. To this end, he has trained alongside and teamed up with villains to get where he needs to go, choosing his allies based on what serves his immediate goals. During his first few appearances, Taskmaster maintained a secret academy where he trained assassins for terrorist groups like Hydra and AIM. Because of this, he fought alongside legends like Captain America and the Avengers.

He Helped Train a US Secret Service Agent:

After Steve Rogers resigned as the original Captain America due to rising pressures to carry out missions for a government with which he disapproved, the United States Commission on Superhuman Activities wasted no time finding a replacement. Rogers resigned because he was being forced to complete missions for a government with which he fundamentally disagreed. John Walker, a highly distinguished soldier, was chosen to inherit the position, although he needed additional training to fulfil his new duties.

As is typical of bureaucratic bureaucracies, the Commission’s priority was to find the best combat instructor for the money, regardless of the candidate’s past. Since the Confederate States of America (CSA) knew that Taskmaster had a photographic memory of the fighting style of the original Captain America, they engaged him to teach Walker how to use the iconic shield to his most significant advantage.

The Overlord Struck It Lucky in Love:

Since assuming his current guise, taskmaster (comics) has forgotten most of his past. It is due to the nature of his powers. All of his previous interactions with other people count toward this. In his former life, Tony Masters worked as a SHIELD agent and frequently accompanied his wife, who was also an agent, Mercedes Merced, on operations. Agent Merced assumed the role of Masters’ mysterious “manager” as the latter’s abilities began to wipe out his previous recollections.

A child is a possibility for him:

While working as a teacher at The Avengers Academy, Taskmaster had the good fortune of mentoring a student with the same “photographic reflex” abilities as himself. Little Jeanne Foucault’s destiny was to be a superhero. Her mother took advantage of her innate ability to mimic any behaviour she had noticed if given enough time to study it, and therefore she came from a dysfunctional household.

Eventually, Jeanne would tell her teacher that she suspected he was her father. By comparing her skills with his, she came to this conclusion despite having never met her biological father. Foucault’s paternity has never been established, but Taskmaster has come to consider the notion that she is, in fact, his biological daughter. He realized he had huge blanks in his recollection, including the number of personal partners he may or may not have had.

Subtle Symbolism of the Mask:

Even though Taskmaster’s attire has changed over the years, his trademark skull-faced mask remains constant. It holds despite his many reincarnations. Tony Masters probably won’t be able to recollect the historical significance of an iconic component of his uniform. Still, this part of his garb serves an essential purpose for him owing to the wrong impression it gives and has a deeper meaning. This line of work was one that Taskmaster had previously determined to follow.

He Cannot Have the Same Characteristics as Everyone Else:

Being able to mimic the movements of anybody he has encountered, Taskmaster has a long history of using Marvel’s own heroes’ fighting styles against them. He can accomplish this because he can mimic the behaviour of everybody he has ever met. Yet there have been a few instances where he has been at a loss on utilising this ability effectively. When confronted by Jocasta, the robotic Avenger, Taskmaster was first proven incapable of mimicking synthetic beings’ actions.

Friends He Can Count on:

Taskmaster fights most of his battles solo and rationalizes his many betrayals of would-be allies as necessary for his survival. Despite this, he is not averse to working in tandem with others on occasion or forging true friendships. After their initial fight, he regularly joined the emerging mercenary group Agency X. He worked at the agency alongside Deadpool and his double, Alex Hayden, developing a problematic but mutually respectful business relationship with them while also pursuing a love relationship with Sandi Brandenberg, the receptionist.

Despite his small role, the Marvel supervillain Taskmaster has garnered much attention. He has been portrayed as a more formidable antagonist in recent comics and has even made a debut in Marvel’s Spider-Man for the PlayStation 4. Scarlett Johansson’s next Black Widow movie will feature Taskmaster as the primary villain. Johansson’s Black Widow. Black Widow is presumably well-known, but the taskmaster (comics) is less.

If you’re a comic book fan, you might wonder: “Who or what is the Taskmaster?”

Speculation persists that the mysterious Taskmaster first appeared in New York City’s Bronx. Though he can copy the physical moves of anyone he watches, whether or not this constitutes a “superpower” is a matter of significant controversy among writers.

Could Taskmaster be a Marvel mutant?

In contrast to Taskmaster on Earth-616, who is not a mutant, this version of Taskmaster is. Only in this respect do these two individuals vary from one another.

When a taskmaster is supposed to have their back to a skull, why do they do that?

Don, his hand resting on the skull’s face, explains that the Mexican Special Forces he was training many years ago worshipped Santa Muerte, a god or saint of death. The name of the saint is Santa Muerte.